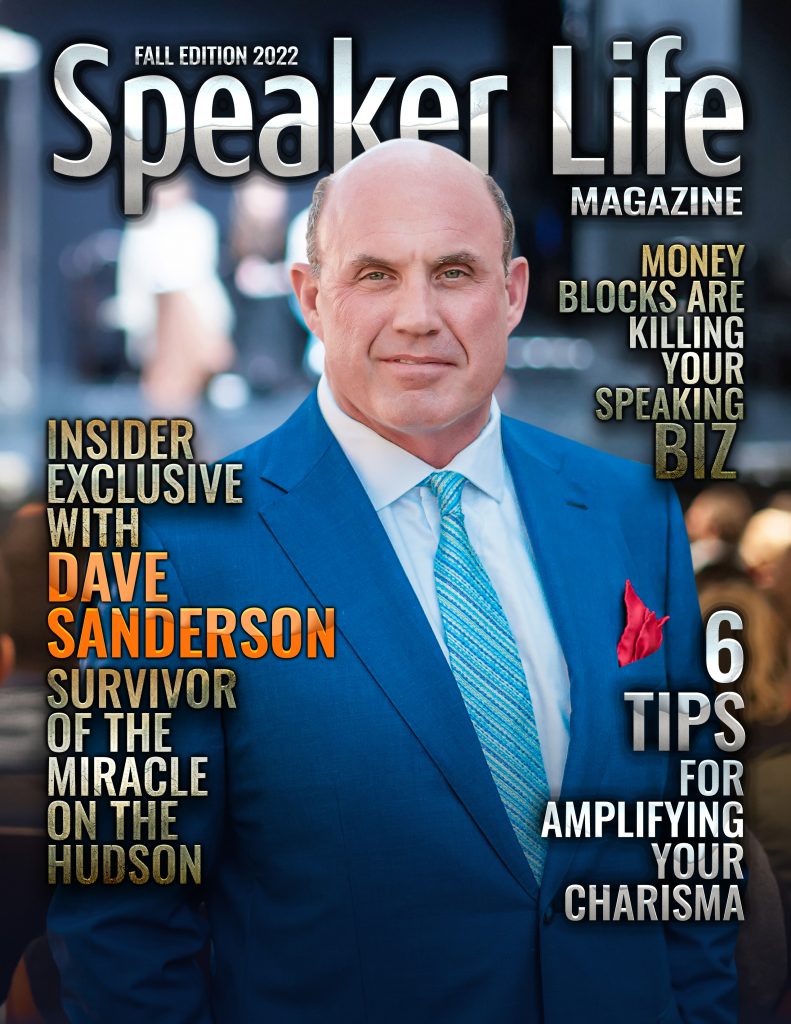 Last weekend I had the privilege of speaking in Oregon. It was a very energetic group and I was excited to debut some new content I have been working on for several months. As I was writing my book, From Turmoil to Triumph, I found some notes I wrote down in 1989 from a sales seminar I attended. Back then, after I attended a personal development event, I would debrief with Bill and he would give me some additional insights into what I had learned at the seminar. I hadn’t seen those notes in over 30 years. But as I reread them, I remembered the conversation I had with Bill and the insights that I learned that became the genesis of the new content that I initially have been teaching and is the foundation of my new talk.

As we all know, the pandemic was devasting to many industries. One of the most impacted industries was conferences and subsequently, the speaking industry. One day you are booked for the next year and then one day in March 2020, you had no bookings and your revenue stream suddenly came to a halt. During that time, I intentionally spoke to at least five people a day and usually, three of those were speakers and entrepreneurs. Many were blaming circumstances beyond their control. I understood. Many of us had to give back deposits we had received which further put many into a financial challenge.

As I spoke to my speaker friends, one thing I reminded them of was to practice what you preach. Many of my friends had different messages and takeaways but one thing was consistent, it starts with your mindset. Some were wallowing in their own challenges instead of focusing on how to serve those who were suffering. They were in turmoil.

One thing I shared with those I spoke with was something I learned from my mentors. It’s easy to blame events such as COVID, but if you keep blaming COVID, you won’t give yourself the opportunity to grow. There is a MAP or a pathway to turn whatever challenges you are encountering into your personal triumph. And it starts with understanding that whatever your attention is on determines your reality.

When I started my time with Bill, I was a 2nd assistant restaurant manager. I was the low man on the totem pole. I didn’t have a mission with the exception of showing up at 3 pm in the afternoon and going home at 1 am in the morning and collecting a paycheck. He recognized I was wallowing in my own pity and I had a bigger mission than that. One day, over a bowl of ice cream, he shared his first lesson to help give me a structure on how to grow.

It was a four-step discipline that he used as he grew his business and was the first structured approach to help me begin to grow. Tradition, order, faith, and ritual.

He told me to remember every day how far I have come and not look at my immediate situation. Begin a tradition of everyday being grateful. Bring yourself up to date and not focus on all the bad things that have happened.

He reminded me that there is an order or a strategy on how to grow. He implored me to start investing in myself. Spending my money on my personal development first. Physically, emotionally and mentally.

And he told me to put a daily ritual in my life. Working out physically, reading a little bit every day, praying to my Creator and thanking him for the opportunities He has given me, and every day take care of my financial situation, ( which was the hardest of the rituals for me).

To this day, every day I follow this approach. And FYI, this is the strategy I used to go back into the Hudson River and swim with the Navy Seals.

I shared this with many people during the pandemic and beyond. It’s not rocket science but it is a true and tried plan on how to grow yourself out of your turmoil. It was up to me to bring myself up to date.

As I developed my new talk, I have taken many other concepts that I have learned and employed them to develop the MAP. When I spoke last weekend in Oregon, I had a long-time friend, who also is a meeting planner, with me. She lives in Washington state and we rarely have the opportunity to be together. I was honored she drove to Oregon to support me.

I told her I was going to launch my new talk and asked her to give me her feedback. After I got offstage and we were walking out of the venue, I asked her for her candid feedback. She told me it was “brilliant.” I don’t know if it was brilliant but she has always been straight up with me and I appreciate her feedback. What I do know is it is a tried and proven approach that I have done and still do to help me grow, even in times of turmoil, and I know Bill and Tony would want me to share it.

As you go about your week, think about whatever may be holding yourself back from being the leader you were born to be. Stop wallowing in the “should ofs” and “should have beens” and find a mentor and a coach that will help you with the mindset and the MAP to create your own flight plan. This isn’t new stuff but as with what happened to me, maybe you need someone to share it with you with a different voice. So when you have your January 15, 2009, you too will be able to stop blaming whatever turmoil you may have had in your life and turn it into a way to create your own flight plan to be the leader you were born to be.

Dave averages over 80 speeches a year for major corporation