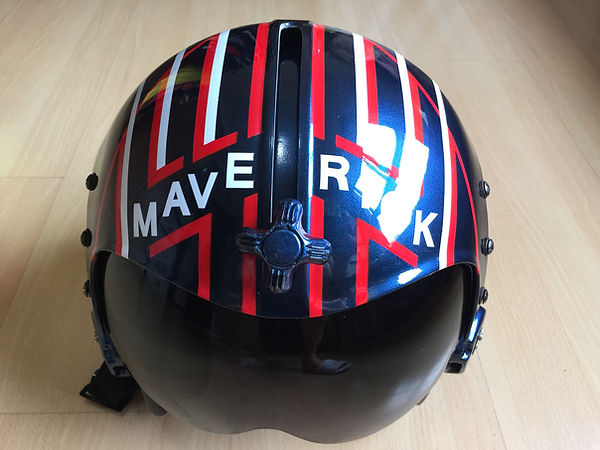 When I went to see the movie, ” Top Gun: Maverick,” I intentionally went by myself. Like many people, I truly enjoyed the first “Top Gun” movie. But over the past few years, starting with speaking at LIFT at MacDill Air Force Base, I have spent a lot of time with and got to know many of our heroes in the military.

Last year, my friend and wingman, Suzanne, asked me to consider going back into the Hudson River and swim with her and the Navy Seals. If you don’t know Suzanne, she has become one of my best friends over the past several years and for over eleven years was a Naval Aviator. Her call sign is Xena. We had discussed watching “Maverick” together but unfortunately, I was not able to get to southwest Florida to make that happen.

When “Maverick” came to our local theater, I was excited to see it for several reasons but I wanted to see it alone the first time. After spending so much time with my friends in the military, I knew I was going to get emotional. And I was and as I watched, I could relate to the stories Suzanne and my other friends shared with me and the scene when one of their planes was hit by a double bird strike and took out two engines.

One of the strategies I learned from my mentors on how to accomplish a significant goal was a five-step approach. It was also the same strategy I used to be able to go back into the Hudson River and swim with Suzanne and the Navy Seals.

The first step is to understand the mission. If you saw “Maverick,” Maverick was called in to discuss a major initiative to disrupt uranium development by the enemy. The Admiral shared the mission. It was discussed, revealed, and understood by everyone.

Step two is to find your who for your how. Why Maverick? The Admiral who was responsible for the mission didn’t buy into Maverick but the Admiral, Iceman, did and knew that to accomplish the mission in the given timeframe, Maverick was the resource that could get it done. Admiral Iceman had a legacy with Maverick. He was in the game with him earlier and saw something in Maverick to know that to accomplish a major initiative, Maverick was his who for the how.

The third step, take massive action. Once Maverick was assigned, he met with the potential naval aviators. He showed a document that looked like it was about 500 pages. He immediately shared the mission, discussed the risks, the timing, and told them the objective and that only a selected few would be on the mission. He took massive action.

Fourth step, have focused execution. As the potential team trained, they had to have focused execution as they were attempting something that had never been done. In the initial scene in the movie, Maverick took a jet and showed that the equipment could handle 10+ g’s. He had to have focused execution to show it could be done. As the naval aviators went through training, they had two problems. They were all “mavericks’ as they did not work as a team and second, they knew to accomplish the mission, they would have to handle the “g’s” to get in and get out but they didn’t believe it could be done. Maverick had to show them that even a “fossil” like him could do it. It is the success model I learned and teach; Potential, Action, Results, Certainty, and the secret is that you see the results before you get certainty. Maverick was clear, there were two miracles that needed to happen. They had focused execution.

And fifth, have gratitude. There was friction between Maverick and Rooster and Rooster and Hangman. At the end of the movie, these conflicts were resolved as each relationship had gratitude for what each other went through and did to obtain the objective and mission. There was forgiveness which led to gratitude. Gratitude is the key to overcoming the turmoil of a situation and turning it into triumph.

This was the strategy I learned and implemented to go back into the Hudson River with Suzanne and the Seals. I knew and understood the mission. I found my who’s for how to get it done, I took massive action to accomplish the mission in 100 days. I had focused execution with training and a plan and the big reveal was about 400 meters from the end of the swim when I had so much gratitude for what it took to get it done and especially the people who were there with and supported me to not only raise money for a very worthy cause but face a place that almost took my life.

Shortly after the Navy Seal swim last year, Suzanne introduced me to the group Angels 14, a group of recently retired service people who have come together for camaraderie, community, and connection. I was on a call with this group the week after the Seal swim in 2021. I shared my experience as I knew each one of the members could relate. I got a little emotional sharing my experience as I was less than a week from doing something that hit me on many levels. And at the end of the call, I was given my call sign. And it’s something I treasure.

Dave averages over 80 speeches a year for major corporation