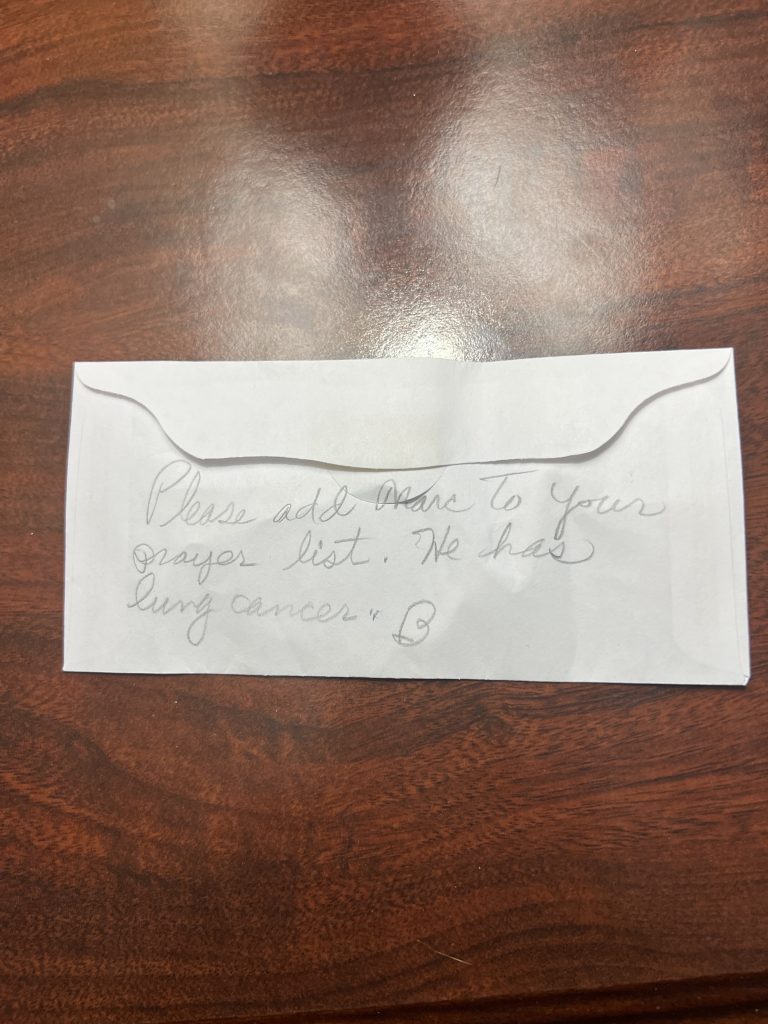 Yesterday, I attended my church. Advent season is beginning and the music and ambiance always give me energy and gratitude. Energy because of the anticipation of the season and gratitude as I have another Christmas season to celebrate. Every day above ground now is a great day.

As I was preparing for the service, a longtime friend who sits in front of me handed me a note letting me know her husband has lung cancer and asked me to pray for him. At first, I was sad and shocked as many of my friends from church passed away during and after the pandemic. I looked at her, nodded my head, and said a prayer for him.

When the service was over, I tapped him on his shoulder and told him to have a great week. He told me, “every week above ground is a great week.” He wasn’t down, he had begun accepting the situation so he could start battling it. I’m sure it was a shock to him but he has chosen to accept it for what it is and live with happiness for himself and those around him.

As I thought about that moment, it reminded me of something I learned many years ago.

Life brings many challenges; financial instability, loss of a job, health scares, a plane crash, or the death of someone we know and or love. It’s not easy to embrace them when you’re suffering and wishing those things would have never happened. But if you start cultivating acceptance in your life right now, you’ll likely cope with future turmoil or crisis in a different way and view it from a different perspective.

In my new talk, one of the takeaways I share is the “MAP” that I learned that has helped me grow in times of turmoil in my life. The “P” in my MAP is perspective.

One of the things I see consistently is people blaming events for their situation. I used to do the same thing. It was always someone or something else’s fault. But during a conversation I had with Tony Robbins one day, he gave me a different perspective. He told me it’s easy to blame the things that happen to you but if you keep blaming events, you will never grow. You stay stagnant.

When I stopped blaming events, is when I started massive growth. Many people I speak with blame COVID for their business or financial situation. But one thing we learned from the pandemic is those who accepted the situation for what it was and employed resourcefulness, grew not only financially but also emotionally.

My friend could have blamed his lung cancer on many things but he has chosen to accept it, keep his emotions intact so he could fight, and give himself the best chance to win.

What I learned is you might want things to be different in the future, but in the present moment you need to accept things as they are. Once I started to practice that in my daily rituals, my life started to flow more smoothly. I discovered that I was happier and more effective when I stopped blaming events and accepted the situation as it was.

The world right now is moving so quickly that unless you learn acceptance, you will consistently be in turmoil. Practicing acceptance will prepare you for a world that is in constant turmoil and change because you will never know what may happen next. I liken acceptance to Captain America’s shield, it protects you when things are coming at you.

Some may think that acceptance is a sign of weakness. There are times to persist and times to accept. Finding the lesson in the turmoil will help you grasp and accept it instead of battle it.

The plane crash on January 15, 2009, was a day of turmoil and potential crisis. Some of those involved that day suffered mentally and psychologically. I have had the opportunity to speak with some of them. Those who struggled had assigned a debilitating meaning to that experience and still have effects of that thirteen years later. Some of those I have spoken to have accepted that it happened and assigned an empowering meaning and are living a life of impact.

The biggest lesson I learned from my experience of the Miracle on the Hudson was to choose not to judge why it happened. Instead, accept that it happened for a reason and a purpose and it served me and something better would follow.

I accepted that it happened and gave me the strength to use the experience as a force of good.

Having a LIMITLESS life is learning that acceptance is a pathway to a life of happiness and fulfillment.

Dave Sanderson is an entrepreneur, best-selling author, philanthropist, and survivor of the Miracle on the Hudson. For more than four decades, he has been a top producer for some of the largest sales teams in the world. More than 250000 people have enjoyed his business and personal leadership events’ warmth, humor, and inspirational message.