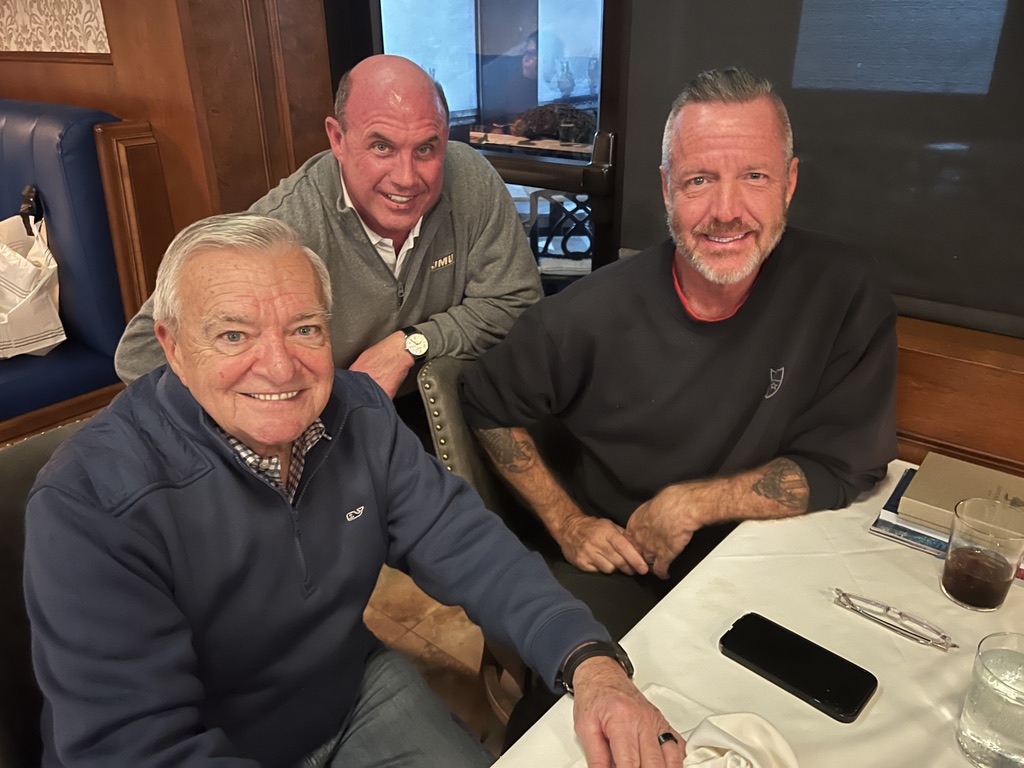 It’s that time of the year when you take a look over the past year, your accomplishments, your setbacks, missed opportunities, and what you have learned.

A couple of weeks ago, I was in Atlanta on a business meeting then later that evening had dinner with my coach and my mentor. I wanted to personally thank them for what they have invested in me so I am able to take what happened to me on January 15, 2009, to those who are looking for inspiration, strategies, and hope.

Almost immediately after I left dinner to drive back to Charlotte, Don, my mentor, called me and we discussed 2023 and what we call, Dave 3.0. Three years ago, Don came up to Charlotte and we whiteboarded Dave 2.0, right before the pandemic started. So as we were speaking, we both got more excited about the opportunities that lay ahead and scheduled a day over the Christmas holiday to meet and game plan Dave 3.0.

Right after the call ended, I needed to stop and go to the restroom and get something to drink so I could stay awake for the next three and a half hours of driving. As I pulled into the McDonald’s, I went to the restroom and went to purchase a drink. Unfortunately, they were out of C02 so there were no drinks.

Disappointed but having water in my car, I set out back to I 85 north. As I turned right, my front right tire hit the curb and my brand-new tire exploded. I was able to pull into a Mexican restaurant to see the damage. it was about 10 pm on a Wednesday evening, foggy and misting. My first thought was to call the 24-hour service I pay for and ask them to come and bring a new tire. When I called, the service told me the closest service was about 80 minutes away and they had no tires, they could only put my spare on and I would need to wait until the next morning to get a tire to drive home.

At first, I thought, OK, that is an option. But one thing I learned through my life is a key skill you must have if you want to grow is resourcefulness. So, I went on google and looked up 24-hour tow and repair services in Jefferson, GA. I found one and called them. I spoke with the owner and he told me his service was for big rig trucks and didn’t service cars. He asked me what kind of car I was driving. I told him and he drove the same type of car. He told me he didn’t have a tire my size but would come and help me to get the spare on. I thanked him and about ten minutes later he came and used his resources to inflate and put my spare on.

I thanked him and asked him how many miles could I drive on the spare before I need to stop. He told me that if I drove less than 50 mph, I could drive the remaining 200+ miles without an issue. I was skeptical but he said it with such certainty, I was going to make the drive.

I called my wife and she told me to pull over and stay in a hotel but now I am committed. I’ve done crazy things before but I know when I have certainty and get committed, I get the courage to get it done. So I set off for Charlotte.

About four+ hours later, after doing EXACTLY what the owner of the service told me to do, I pulled into my garage relieved and tired and reinforced once again, anything is possible when you have faith, resolve, strategy, and courage.

As I have thought about that experience, I again asked myself, how did I pull that off? Finding someone to help and advise, late on a Wednesday night, then executing something like driving on a spare tire in fog and rain for over 200 miles and it reminded me of times in my life when the situation looked dire and I was able to pull out a “win.”

The consistent message is that all the moments that happen in your life happen for a reason and a purpose and they will serve you.

Next month will be the fourteenth anniversary of the Miracle on the Hudson. This year I will be celebrating the anniversary in New York City and its vicinity. One of the events I will be participating in will be speaking to a middle school. When I spoke to the planners of the event last week, we discussed my message with a group of 12-15-year-olds. I told them the message I will share is about how all these moments they are experiencing now will be there with them the rest of their lives and one day, they may need to use one or more of them as a reference to accomplish something that may save their lives or of significance. You never know which learning from that moment will serve you.

That day on US Airways 1549, the resulting miracle came about because all the moments of training the crew invested in were executed. The moments that I experienced throughout my life came into play to help me such as my experience with the Order of the Arrow with the Boy Scouts, my training as the head of security with Tony Robbins, and my faith experiences. All those moments played a major role in how I responded, executed, and survived on January 15, 2009.

Same as when I swam with the Navy Seals from New Jersey to New York City across the Hudson River. It was the moments throughout my life I had to call upon to have the confidence, commitment, and courage to do something of that magnitude.

So when I made the decision to drive on a spare tire for over 200 miles in foggy weather, I had built enough references throughout my life to know that I could pull it off and if something went sideways, I am resourceful enough to figure out a solution.

When people come to me for advice or strategies on how to turn something around in their life, I have built that faith muscle up so I have the certainty, resolve, and courage with the references or moments throughout my life to know if I can do it, they can do it also. It starts with a limitless mindset.

When your personal plane crashes, you will have references to call on to not only get out of the plane but swim to the ferry and have someone pull you onto the deck and have one more reference in your life that you can accomplish anything when you have faith in yourself because

All the Moments in your Life Matter!

Have a LIMITLESS mindset, be bold and daring in your mission, and be guided by your principles and a mission bigger than yourself. You will grow and endure whatever comes your way!