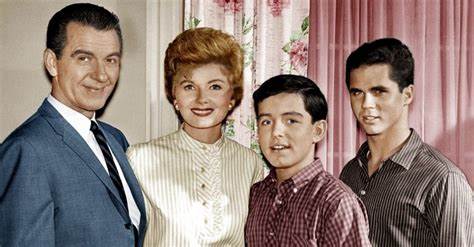 I grew up in a small town in Ohio. We had one TV with an antenna that had access to only three channels, CBS, NBC, and ABC. My dad traveled so during the week, my mother would let us pick a couple of shows we could watch before bedtime. My sister got her choice, and I got my choice. One of the shows I would pick to watch was Leave it to Beaver. And to this day, I still watch Leave it to Beaver every morning when I am in my home office.

One of the reasons I liked watching the show was that it was set in a small town, like where we lived in Ohio. People showed respect, yes sirs, no ma’ams. People looked after each other and for each other. And the values that were represented helped me understand what was right and what was wrong.

As we grow, acceptance becomes more important and the values and what was once right and what was wrong become blurred. And it suddenly occurs that whom we assumed we were throughout the past 10 or 20 years is not who we are. As Thomas Edison said, “what you are will show in what you do.”

Many people that come to me for coaching or mentoring are in this conundrum. The values they grew up with are not consistent with how they are living and they are in some state of turmoil.

Then something happens in your life to reconnect you with the values that grounded you and your true identity reappear. You realize that your view of your Creator impacts your view of yourself.

When you take a time out, step back and pause, you will see the grace that you have been given. It’s when your values come back in alignment with your identity and you find what you are most gifted at and most passionate about.

When these two things intersect, your giftedness and your passion, your life becomes fuller and more congruent.

I was recently interviewed by the BBC for the fourteenth anniversary of the Miracle on the Hudson. I was asked what was the biggest takeaway from that day. I’ve been asked that question in many different ways over the past several years, but this time I took a pause and told the interviewer that the biggest takeaway from January 15, 2009, was it was a blessing. She asked me how I could look at a plane crash as a blessing. And I told her this.

I understood why someone would think that but that day, that moment was a moment of clarity for me. For some time leading up to that day, I was working hard to be an achiever, oftentimes, at the cost of relationships in my life. But those moments in the late afternoon of January 15, 2009, turned out to be my opportunity to bring myself back to my true self, and the values I grew up with, and show who I truly was in what I was about to do. I was having some success in my life but the older you get, you learn that success causes complexity. The plane crash was a complex situation. And when you go back to the core values you grew up with, your solution and actions become simple.

That was when I realized what I was most gifted at and most passionate about and it wasn’t about being the number one salesperson. It was about using my intrinsic power for the good of the situation and realizing that the pathway to fulfillment starts with gratitude.

I realized the view that my Creator had of me impacted the view of myself and the actions that I took. And it goes back to the values I learned when I was a youth. Those moments mattered.

As you go into the new year, take a moment and reflect back to when you were young, when your life was much simpler. Remember the core values that your parents and peers taught you. Promise yourself for the next year, to live those values. When you pause to see what graces you have been given to get you where you are, you will realize that you are blessed and you come home to your true self and you will have a year of fulfillment.

Have a safe and bounteous new year and remember to always

Create your own flight plan for your future.

All the Moments in your Life Matter!

Have a LIMITLESS mindset, be bold and daring in your mission, and be guided by your principles and a mission bigger than yourself. You will grow and endure whatever comes your way!

He is passionate about raising money for military veterans and supporting those veterans who have going through hard times.