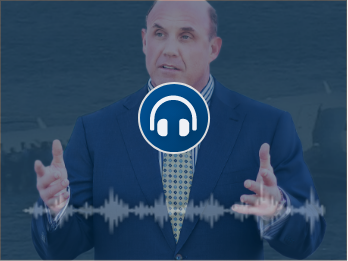 On January 15, 2009, Dave was one of the last passengers off the plane that crashed into the Hudson River, best known as The Miracle on the Hudson, considered to be the most successful ditching in aviation History.

His book, Moments Matter, details the lessons learned from the Miracle on the Hudson and how to take a potentially tragic experience, what he calls ‘your own personal plane crash’ and turn it into an opportunity to survive and “create your own flight plan”.

In his exclusive group IMPACT, Dave helps his team grow in their leadership skills with proximity to like-minded, focused servant-leaders they will learn to impact others in their lives emotionally, financially, spiritually and physically. He has recently rolled out an online course, Cultivating Personal Leadership, in which Dave shares the best strategies he has learned from some of the greatest leaders he personally met, studied under, and implemented in his life to become a top producer, sought out speaker, author, and entrepreneur.

In his presentations, he shares and teaches “The 12 Principals for Business Success,” precepts that enabled him to become a top producer in some of the largest sales organizations in the world, and ultimately enabled him to survive the plane crash. In addition to being a top sales producer, he was Director of Security for internationally-renowned speaker, Tony Robbins.

In his TEDx talk, Bouncing Back, Dave shares strategies on how to grow from your own “personal plane crash”, in order to thrive, a new area of research that AARP profiled Dave on, known as PTGS (Post Traumatic Growth Syndrome).

Dave has spoken at countless fundraisers that have raised approximately $14M for the American Red Cross. He continues to donate his speaker services to the organization as an expression of gratitude for the care he received from the first person he saw after he was rescued and transferred to land in New Jersey: A Red Cross volunteer with a blanket.

Dave hosts a radio show, “Moments Matter with Dave Sanderson” which airs every Monday at 11am EST on Contact Talk Radio, IHeartRadio, and has a podcast that is heard weekly on C-Suite Radio. He also hosts an Amazon Daily Flash Briefing, “Dave Sanderson: Declassified” every weekday, sharing lessons and strategies from the top individuals in their field of expertise. He “declassifies” key strategies these successful leaders took to go from being excellent in their respective field to being “outstanding”.

With a BBA in International Business, he began his professional career in restaurant management, and went on to work as a National Sales Manager for ADP; Management Consultant for KPMG, Senior Vice-President of Sales for Genesis 10; Application Sales Manager for Oracle, and Security Director for Robbins Research International, Inc., An Anthony Robbins Company.

He lives with Terri, his wife of 30 years and his four children – Chelsey, Colleen, Courtney and Chance – in Charlotte, North Carolina.