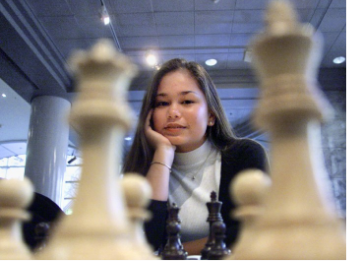 One of the things I have done for the past 24 years, during the Christmas holiday, is to reflect on the accomplishments and challenges I have had during the previous year, in addition to putting together the game plan for the coming year.

2021 had many accomplishments which the biggest was relearning how to swim so I could go back into the Hudson River with my wingman, Suzanne, to swim with the Navy Seals, raise money for homeless vets, and this time, leave the  Hudson River on my terms.

As I started to put the game plan together for 2022 this week, I scheduled time to fly to meet up with a friend to discuss a marketing strategy to understand if it would help me make significant progress toward my mission to fulfill the promise made to Bill in 1997.

My flight was scheduled to depart at 5:45 am to reach my destination by 10:00 am for the meeting. I got up at 2 am to get ready. If you have been following the news of the airline industry this holiday season, many flights have been canceled or delayed due to weather, omicron, and other issues. My first flight was scheduled to go out on time. One of the practices I started after the Miracle on the Hudson is to look at the flight coming into the airport to see if it is on time. About 3 am yesterday, I checked the connecting flight and found that the flight coming into the connecting airport was canceled, so I made the call to move my face-to-face meeting to a zoom meeting. The meeting went exceedingly well, and after we got done, I went inside and started to watch the “Duke Mayonnaise Bowl” being played in Charlotte.

As I was flipping through the channels, I stumbled on a chess match on an obscure channel. I like chess, so I watched it for a couple of minutes. I noticed that after the Chess Master got done with her move, she clicked the clock and immediately walked behind her opponent to watch what he was going to do. I’ve seen players do this before but never noticed how she walked behind her opponent. She wanted to see what her opponent saw; she looked at the situation from HIS perspective.

I was mesmerized, so I watched the match for a couple more moves. The Chess Master’s opponent never walked behind her; he walked around the room. Ultimately, she won that match. As I watched the bowl game, I kept going back to rerun what she did and how she won the match, and I started thinking about the question I got at almost every interview I had. “What is the biggest lesson I learned since the Miracle on the Hudson?”

That lesson is to be less judgmental and learn the “origin story” of the other person before I make any judgments and look at the situation from the other person’s perspective first.

What if, as you go into 2022, you make a goal of “taking a walk “behind the person you are meeting with to see what they see before making any judgments? How could that impact the way you interact with them?  Like Zig Ziglar correctly professed:

“You will get all you want in life if you help enough other people get what they want.”

One of the goals I have made for 2022 is to become even more INTENTIONAL to walk behind the person I am speaking or meeting with to learn how they see the situation and me and how I can help them get what they want first. That is what Bill did with me for 13 years. He taught me these lessons through his experiences after he “walked behind me” and understood what I was going through, through the lens of my eyes.

I finished the final proofread of my new book “From Turmoil to Triumph” yesterday. Before I signed off on it and sent it to the publisher, I reread the book differently. I read it asking the question after each chapter, “will this help the people who read it turn whatever challenges they are having in life into victory and get the outcome they are looking for in their lives?”

When I got to the final chapter, chapter 13, I read the chapter and started to get emotional.  Chapter 13’s title is “ The Real Lesson,” as when I was writing it, I realized the twelve lessons that I learned from Bill, and later Tony not only came together on January 15, 2009 but also on August 7, 2021, when I left the Hudson River on my terms, finally employing and understanding the pathway from Turmoil to Triumph starts and ends with helping others get what they want in life by taking a walk behind them, seeing what they are seeing and giving Gratitude for those who have done that for me.

HOW WOULD YOUR LIFE CHANGE IF YOU KNEW THE PATHWAY FROM TURMOIL TO TRIUMPH?

On January 15, 2009, I was suddenly in a life-or-death struggle, a plane crash known as the Miracle on the Hudson. For the next twenty-four minutes, I summoned everything I had learned from my mentors to turn the turmoil of that experience into triumph.

We will face turmoil in our lives, are you prepared?

When you read “From Turmoil to Triumph,” you’ll understand how to create your own flight plan towards the happiness and fulfillment you desire and deserve. It will be the point in time that will change everything in your life!