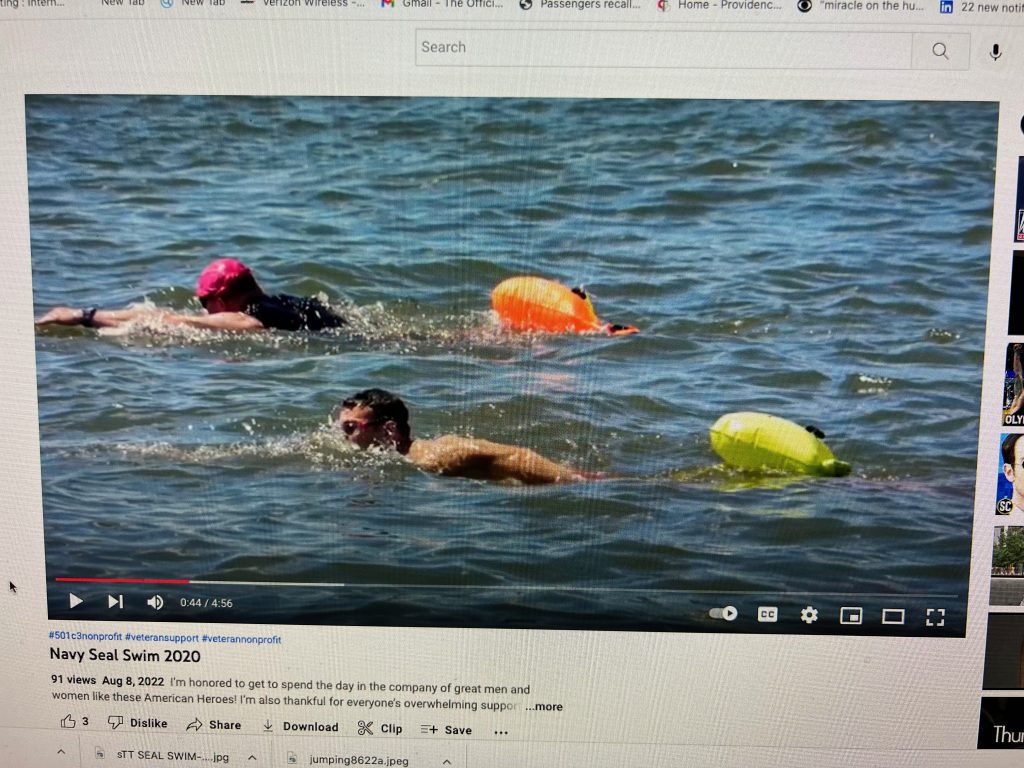 Last week, as I was in the pool training, I was having a hard time putting it all together. My breathing was off, my left arm was dropping and my mind was wandering. When I completed the training session, I was hard on myself. I knew I was better than my effort but I was struggling to try to dissect what specifically I could do to “right the ship.” When I got to my office later, I started to listen to a book that triggered something I learned in my early business career that helped me understand what I needed to do.

When I first started my time with Bill, he would share a lesson he learned as he grew his business, starting in the 1930s and I would listen and take notes. I would then work to implement the lesson I had just learned in my personal life and my business dealings. Many times I struggled when I put the lesson into action and I would get down on myself. The next time we would connect, we would debrief and I would share the challenges I was having. He would listen and share a story of how he learned the lesson which would give me another reference on how to implement it in my life. We would repeat that until I finally got it and then we would move on to the next lesson.

Bill was a master storyteller that would teach how he implemented the lesson so I would have a reference on how to implement it in my life. Many times I was a slow learner as I was impatient and wanted to get the lesson and then move on. And many times, I would get frustrated and would feel sorry for myself when I didn’t turn the lesson into a result quickly. I would take three steps forward and one step back. I was growing and learning but not in the explosive way I thought I should. That mindset was paralyzing my growth. Until I could overcome that mindset I would only grow to a certain level. How to turn that mindset around was one of the hardest lessons I had to learn

One of the greatest lessons Bill instilled in me was to invest in myself first every day and at the end of every year, write down the growth plan I was going to invest in the following year. Since 1985, the last week of December I take a day and not only put together my plan and goals for the next year but the growth plan and the budget I would spend to make it happen. Bill suggested I invest 5% of my previous year’s earnings into the next year’s growth plan. At first, I struggled with that commitment. I was recently married and we were starting a family but after a big year in sales in 1993, I committed to the 5%.

The next year, 1994, was the year when I invested in my first Tony Robbins seminar, and what Bill was teaching me started to coalesce. That was the year I first heard of the primary question and the impact it has on your life.

Your primary question is typically that question that keeps coming up or “ naturally” being answered when you find yourself in a stressful situation. Or if not stressful perhaps an unpleasant situation. My primary question was constantly in my head and it was holding me back from where I thought I should and could be.

At this seminar, after I wrote my mission statement, I wrote down my primary question; ” why does this always happen to me?” I realized that when things didn’t go exactly how I wanted them to go, I would feel sorry for myself. That mindset was stifling my growth and holding me back.

That weekend, on October 5th, 1994, is when I committed to change my primary question from “why does this always happen to me” to “this happens to me for a reason and a purpose and it serves me. ” That one lesson changed the way I approached things in my life.

For the first time in my life, I had the inability to feel sorry for myself.

That one lesson showed itself many times in my life and most publically on January 15, 2009.

Many people ask me how I bounced back so quickly after the Miracle on the Hudson. I am humbled when people ask me that as it was not as easy as it may appear. I know many people from that day had a much more difficult time facing and understanding what happened that day. But I believe that if I had not learned the lessons from Bill and specifically, invested in a growth plan and a personal coach and mentor, I would have not signed up for that Tony Robbins seminar which opened up the opportunity to learn the lesson of the primary question which opened up the opportunity to serve Tony on his security team and learn distinctions directly from him.

I could have easily run my original primary question after the Miracle on the Hudson which would have sent me on a downward spiral. But asking myself the primary question I wrote down and instilled in my mind and body, not only served me on January 15, 2009, but more importantly, sharing and teaching it to thousands of people I have had the opportunity to speak for, mentor, and coach.

As I spoke to people during and after the pandemic, I would ask people what was running through their minds as they tried to get through it. Many times, I heard the same thing repeated in different ways. Most times they were disempowering thoughts.

When I arrived at the pool this morning, I reread the primary question I wrote down on October 5, 1994, almost 28 years later to the day, and I started righting the ship, breathing better, and being more consistent in keeping my left arm up and straight, knowing what happened the last time I was in the pool happened for a reason and a purpose and it served me.