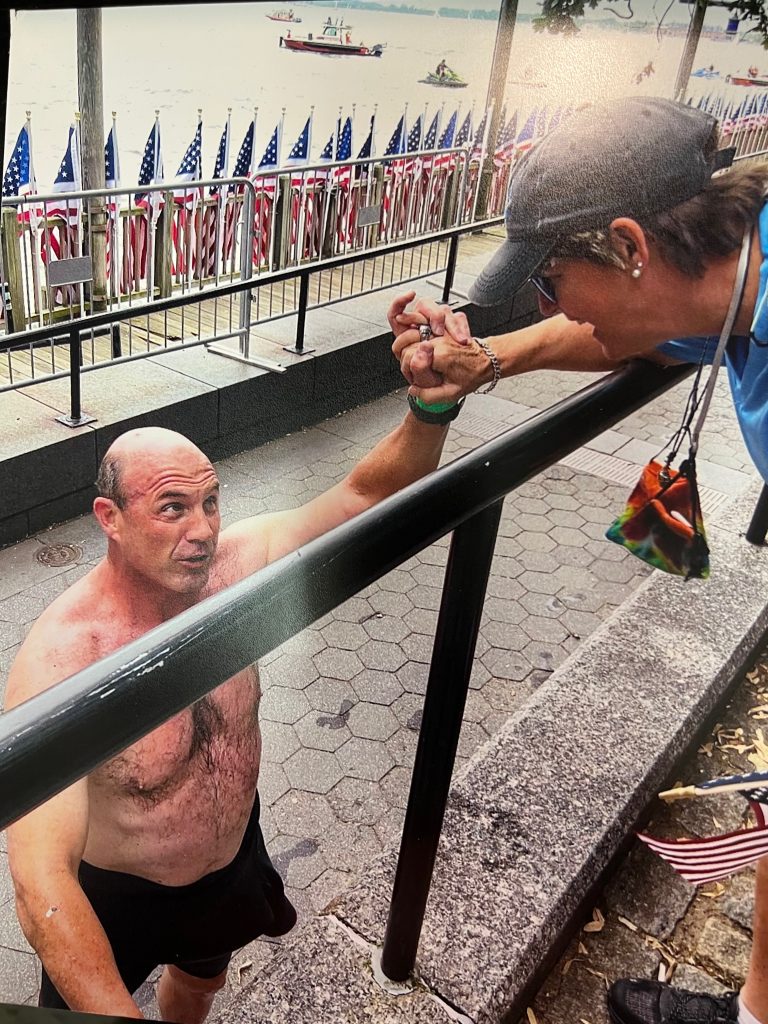 One of the things I looked forward to every year was when Tony Robbins was holding his Life Mastery program in Kona, Hawaii. My wife and I visited Kona in 1988 and we fell in love with Hawaii and especially the Big Island because of the diversity it offered.

When I was on Tony’s security team, at one of the Life Mastery events in Kona, one of the responsibilities I had was when there was a dignitary, our team was responsible for escorting them. One of the dignitaries I was honored to escort was General Norman Schwarzkopf.

My time with the General was a tremendous learning experience to hear about leadership from someone who planned, executed, and won a war. He shared a few lessons with me but one that stuck with me was about the time he was in the Middle East at Thanksgiving. He surprised his troops when they were at their Thanksgiving dinner. He shared that he entered through the kitchen and spoke with each person before he went into the mess hall. Normally, he would have been seated but instead of sitting down and enjoying his meal, he went through the entire hall and thanked each of the troops before he sat down to enjoy his meal. The lesson was he wanted his troops to SEE him and know he was in it with them. He created momentum and respect with his troops by showing them he understood what they were going through, being away from their families during the holidays. We now know that Desert Storm took 42 days to execute in 1991. The US-led coalition had momentum and executed its plan.

I am sure he told that story to many people but when he shared it with me, the thing I took away is one way to make significant progress towards your mission is you get momentum when your team knows that they are valued and you will do whatever you can to assure them that you have their back.

Most of us think of momentum as something that usually plays out on the sports field. We see football teams that make a big play and then they get momentum. A player makes a big shot and everyone gets energy which turns momentum their way. And momentum is a strategy I used to start turning the turmoil I was having after the plane crash into a triumph.

When I was asked to be interviewed for AARP magazine, the interviewer shared some of my thoughts and strategies on how I grew from a traumatic life event. I shared more of the strategies when I did my TEDx talk. But one strategy I hadn’t shared in detail until recently was something I learned from Tony and later did.

When I was returning from speaking in Dallas, TX., I was at the airport at DFW and I received a call from a friend who asked me for my help. He had a friend who had survived 9/11 and was struggling. He shared with me that his friend wouldn’t come out of his house and wouldn’t share what happened to him that day with anyone. He asked me if I would speak with his friend. I asked him how could I help him? I wasn’t a therapist or a psychologist. He told me that I survived a plane crash in the same area and I was thriving. He implored me to speak with him so I did.

When I spoke with his friend, I could tell he was still struggling. I told him I understood and I was struggling a little after what happened to me but the way I started to overcome that was I was intentional about going out and sharing my story. I got it out of my body and when I did that, I got momentum and that was the start of when the turmoil of that time turned into triumph. I suggested to him to ask his pastor or someone he knew to speak to a group, whatever was pent up in him would start to get out of his body and he could finally get momentum and start to grow himself out of what he was going through.
His friend told me he would help him make that happen and a couple of months later, he spoke at his church and started to gain momentum to turn his turmoil into triumph.

I don’t know what he is doing now but what I do know is one way to get momentum is to take massive action. Just like what President Kennedy did when he made his famous speech to a joint session of Congress on May 25, 1961, about going to the moon and returning safely. He set out the mission, which started the momentum for the space race to the moon. He gave the country hope.

One thing I have learned is momentum puts triumph within reach.

Every time I have a big mission I set out on, the first thing I do is take massive action to get momentum. I did that when I started speaking in 2009, which allowed me to start to get whatever turmoil I was having out of my body. I did that when I set the mission to go back to swim in the Hudson River with Suzanne and the Navy Seals. And I do that when I have a major business objective. You have to take massive action to get the momentum that puts whatever your mission is within reach. And if it is in reach you have hope and hope does not disappoint. If you wait for the opportunity to show itself, it will be too late to prepare. Momentum starts with action.

If you have a major objective, goal, mission, or turmoil, the pathway to start to be victorious is to find someone who has “walked their talk,” and learn their strategies which will start the momentum and builds a certainty mindset. It’s the success model I learned and teach. Potential, Action, Results, and Certainty build momentum to repeat the cycle and take more action, and get better results which build more certainty!

And always stay humble as you won’t get there by yourself. I haven’t met anyone who got to be where they are all by themselves.