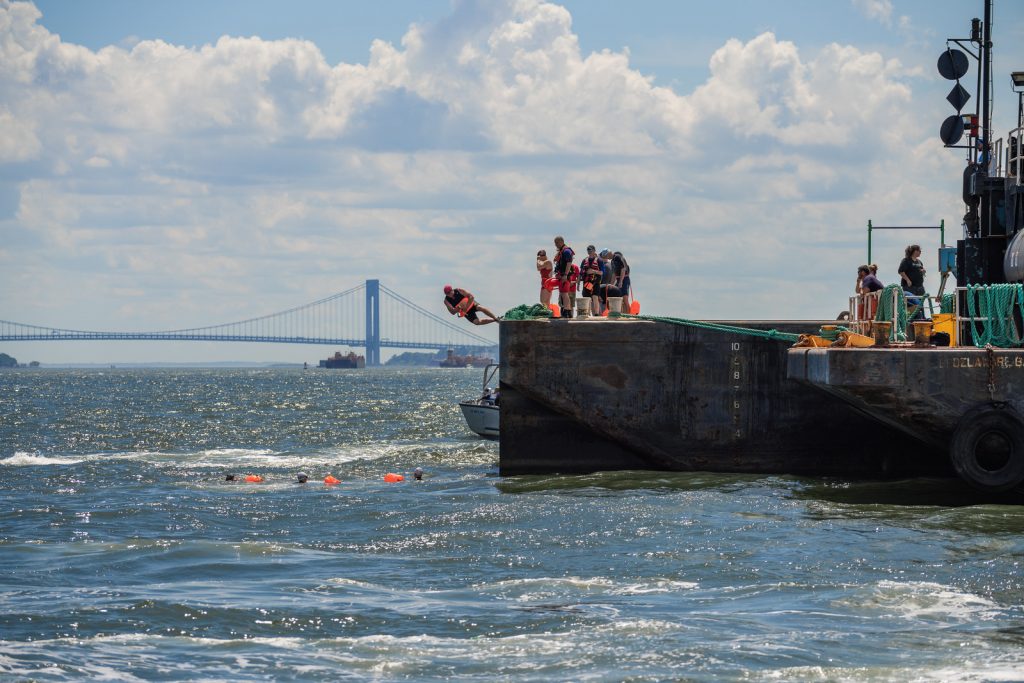 In a recent interview, I revealed the decision-making process I went through when I felt US Airways 1549 shake about seven minutes after being waist-deep in 36-degree water inside the plane. I had never been asked about that specific moment. The interviewer had watched one of my talks and picked out the two items I believe are the two critical skills in personal leadership, resourcefulness, and decision making.

As I detailed in about two minutes about the 45 or so seconds it took me to make and execute that decision, the feelings, smells, tastes, vision, and sounds of that moment suddenly came over me. My voice broke up a little as it was the same feelings I had two weeks ago when I was in the second leg of the Seal Swim in the Hudson River, swimming from the Statute of Liberty to Ellis Island.

When my wingman, Suzanne, and I did the swim in 2021, the second leg was my strongest. The currents were with us and all I had to do is stay with Suzanne and keep going. As I was putting the game plan for the 2022 Seal Swim together with Coach Patty, my plan was after I jumped off the barge, just get in and stay going straight, the current would help me get there and have some additional energy to make the last leg to NYC. But as we all learned in 2020, life keeps throwing curve balls.

When I jumped in, I immediately started to freestyle my way to Ellis Island but within a couple of strokes, the currents picked up and started to toss me backward. For every four strokes I took, at least one of those strokes tossed me back and to my left. I knew I had the stamina to get to Ellis Island and beyond but I didn’t game plan for this in the second stage. Fortunately for me, a gentleman in a kayak came up to me as my sightings were off and he helped me sight my way to Ellis Island. He talked with me to about 200-300 yards from Ellis Island, just as Suzanne had done the previous year. That entire leg I thought about the same things I did when I had the hardest fifteen-yard swim I had ever had on January 15, 2009, less than a mile away from where I was in the water during the Seal Swim.

On January 15, 2009, I believe everybody involved, the crew, the passengers, and the first responders knew the unspoken mission, ” No one dies today.” So when I jumped out of the plane and started to swim, in fully frozen clothes, the waves hitting me in the face and jet fuel in the water, I knew the mission. I had to do my part to fulfill the mission. When I got to the first ferry I saw, I was struggling to get up the ladder but there were two “wingmen” there to help me get up the ladder. Just like there were two “wingmen” there to help me up the stairs to the barge at Ellis Island.

Even though I still had another mile to swim from Ellis Island to the South Cove in NYC, I had a renewed resolve to get it done. Before I jumped in, I thought about that moment the previous year when Suzanne and I were slugging our way to NYC, and about 400 yards out, I yelled to her and told her I loved her and she responded the same way. That was the moment when I realized the true power and meaning of gratefulness.

When I jumped off the barge at Ellis Island this year for the last time and entered the water, I felt that gratefulness as I started my way to South Cove. As the previous year’s swim, the NJ State Police picked me up and dropped me a couple of hundred yards to get me out of the channel and catch up with the other ” slow and steady” swimmers and I had about 500 or so yards left to go. As I was making my way to the ladders at South Cove, I was grateful but I had another feeling as I got closer to those final ladders. I was unchained.

During this interview, the gentleman asked me why I would subject myself to going back into the Hudson River again. He said, you already proved you could do it, why?

There are many reasons. One is something I learned from my mentor Bill and reinforced by my time being mentored when I led the security team for Tony Robbins; in union, there is strength. Being with a group of Seals and patriots who hold themselves to a higher standard will raise your standard so when tough times hit, like 2020, you have a reference for your standard and other “wingmen” who you can call on to guide your plane in.

But more importantly, it reinforces the key tenement of my time with Bill, Tony, and Don and the essence of what my new book, ” From Turmoil to Triumph” and my new talk of the same name are about.

True leaders focus on making people instead of money.

As Tony shared in “From Turmoil to Triumph,” ” My mentor, Jim Rohn, got me to realize the secret to life was to work harder on myself than my job or anything else because then I’d have something to give people.”

As you go through your upcoming week, take the personal initiative to focus on finding someone you can mentor, and leave what you have learned with someone who may need some direction and love. Focus on making someone’s life better than making money and the money will come.

When you do this, you will realize that paradise and poverty do not mix. Giving yourself to a bigger mission, cause, or person will lead you to the paradise you deserve.

If you would like a personalized signed copy of my new book “From Turmoil to Triumph, ” go to https://davesandersonspeaks.com/books/. A portion of every signed copy will go to charity to help those who have fallen on hard times, get back on their feet and start to create their own flight plan.