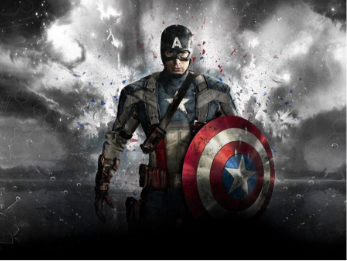 My mother installed discipline with her children when they were young. She grew up during the depression when the family unit was close, and everyone was given responsibilities. Money was tight, but each child would get an allowance upon completing their chores. Back in the 1930s, that allowance was five cents. My mother began this same ritual with her kids when they were six years old. My initial responsibilities were to clean my room and vacuum the hallway and stairs. In 1967, the “vacuum” I used did not have power; you had to push it. When I completed my chores, I received 25 cents. To this day, every Saturday, 55 years later, I still clean our room and vacuum the hallways, ask my wife and kids! Some disciplines never die.

We lived in a small town, Hillsboro, Ohio, where everyone knew you and looked out for each other. When you left your home, you were never too far away from someone who knew you. Once I received my quarter, I would bike down ( yes, bike by myself, without a helmet) to the five-and-dime store and get the latest superhero comic. Back then, my favorites were Superman and Captain America. In the 1960’s you could get two comics plus a candy bar for 25 cents! The reason I got those two comics were Superman stood for truth, justice, and the American Way and Captain America stood up to bullies and stood for what the United States once aspired to be, something great – and that is what Captain America represented.

In 1973, my father was promoted to a position in the mid-Atlantic area, which meant we had to move. I didn’t want to move as I was on the fast track to Eagle Scout, and my opportunities in athletics were growing quickly, but sometimes in life, you don’t get a vote. My father was sympathetic and allowed me to stay back in Hillsboro to play in the regional Little League baseball tournament until we were knocked out. We were knocked out in the semi-finals, which meant I had to head to Virginia right after the ball game as school started the following Monday. My father already had me registered at my new school and spoke with the athletic director to set me up to play football when I arrived.  I made and started on the eighth-grade team in seventh grade, which helped me acclimate to a new school and friends.

A couple of weeks after school started, I was walking to my locker, and I saw a big kid pushing around a mentally and physically disabled boy. No one was doing anything to stop this; they were just watching, so I stepped in and asked the big kid to stop. He said, “what are you going to do about it?” I then asked him again, and he took a swing at me. I ducked and punched him, and it was on. A couple of minutes later, the athletic director (the ninth-grade football coach, Coach Funk) broke up the fight. He told me to go to the assistant principal’s office then come back to see him. As I was walking to the office, my initial thought was I would lose the opportunity to play football, and I was really going to get it when I got home from my dad.

After waiting a few minutes, I was called into the principal’s office. He asked me what had happened, and I told him. Principal Fisher sat there and listened to me and then stood up and thanked me for stepping in. He told me the big kid is a bully and constantly picks on smaller kids. He told me he was proud of me for standing up for John, and he would speak with my parents, Coach Funk and my coaches. I did not get detention, suspended, or disciplined by my parents. I believed I got justice for standing up for those who cannot stand up for themselves, and from that point forward, whenever I see a bully or someone taking advantage of someone who cannot stand up for themselves, I get involved. That has happened a few times in my life, and each time, I got reinforced to always stand up for what is right and those oppressed.

Since the Miracle on the Hudson, one of my passions has been speaking for and supporting those in the military and first responders as I identify with what they stand for, standing up for the vulnerable, being humble, and showing kindness and mercy.

The United States was designed as a country for the individual, a country of individuals cooperating voluntarily to accomplish their goals. What was the Revolutionary War fought over? The American Revolution was a war over an idea, the idea that a person could rule themselves and govern themselves and make choices without the oversight and authority of a ruling figure or government. Captain America represents those values and ideas, standing up to those who are vulnerable, humbly, and fighting for justice.

That was the type of country I had the opportunity to grow up in. What we are witnessing around the world currently is the opposite.

In my new book “From Turmoil to Triumph,” I share the lessons my mentor taught me from a time in history where championing individual choice, self-governance, and skepticism of power helped him not only have a very successful business but leave a legacy that exemplified traditional morality in decency, honesty, humility, hard work, bravery, love of family & friends, and love of country, while also showing how to be a  protector of the unprotected and self-sacrifice for those in danger.

Where is Captain America?

We can turn the turmoil that is going on around the world currently and turn it into triumph if we will be humble, stand up for those who are most vulnerable, and fight for what is right.

Maybe right now, we all need a little bit of old-fashioned.

If you are someone who is in your “halftime” of your life, where you are making a living but NOT creating your own flight plan for your life and would like to learn more about these lessons and strategies I learned and implemented over the past forty years, please email me at dave@davesandersonspeaks.com. My assistant will set up a time for us to talk!